Have a Little Faith (Mated #1) 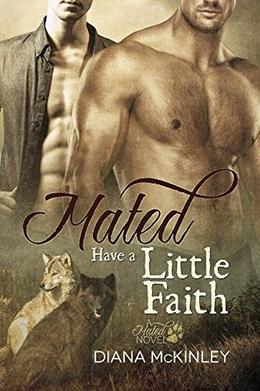 What would you do if you saw your whole life mapped out for you when you were only an adolescent? For some, like young Omega Corwin Sullivan, the future is ripe with promise. He loves his wolf pack, his family, and his true mate, Malic, unconditionally, and is excited about the future they’ll all share together.

For others, like Alpha Malic Campbell, however, the future looks like a prison cell. Malic resents not only the looming responsibility of leading his pack and region, but also having his mate predetermined for him by fate. In rebellion, he pushes every limit and tests every boundary on his way from teen to man in a race against the proverbial hands of time. Only to discover that the man he becomes, wants something very different than the boy he once was. But will it be too late for Malic to then win back the very shifter he worked so hard to push away – his mate and his other half?

As a young man, Corwin must now decide if he can recapture what his younger self so naïvely believed in – a happily-ever-after for Malic and himself – and more importantly, does he still want it?

'Have a Little Faith' is tagged as:

Similar books to 'Have a Little Faith'

All books by Diana McKinley  ❯

Buy 'Have a Little Faith' from the following stores: