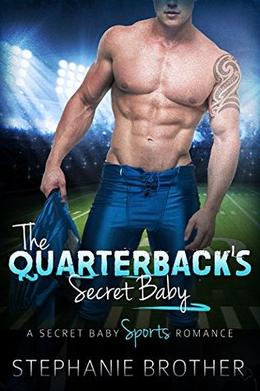 It began with lust and ended with sin.

It started with innocence and ended with punishment.

It ended with overprotectiveness which resulted in freedom.

Carl and Michelle were brought up in a small town. Michelle was the priest's daughter and the more they were told that lechery was a sin. The more they couldn't stop being tempted to commit it.

The next generation made the same mistakes. A quarterback and his soulmate. Sacrifices were made, and they both lived to regret them.

It ended with a revelation.

Two generations forced to face the secrets of the past.

Secrets that threaten the present.


Author's Note: The Quarterback's Baby and Love Child has been re-written into one book called, The Quarterback's Secret Baby. It is over 65,000 words for your pleasure. Steamy, hot, anger and happiness all in one book. There is a happy ending and it is a standalone book. There is no cheating in the book. Due to the strong language and sexual explicitly, they are for readers above eighteen years and over only.
more
Amazon Other stores
Bookmark  Rate:

'The Quarterback's Secret Baby' is tagged as:

Buy 'The Quarterback's Secret Baby' from the following stores: