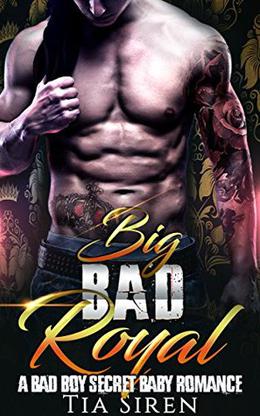 Does one royally hot night count as happily ever after?

REBECCA MONROE:
Who the hell does this guy think he is? He stumbles into my bar in the middle of a snowstorm and tells me he’s going to kidnap me, knock me up, and then take me back to his country to be his queen. Seriously?

But if he really is who he says he is, then I’m in trouble.

There is no way in hell he’ll get me to be his princess. Not even for one night.

Because if he does, then happily ever after will be over before it even began.

PRINCE NIKOLAY “NICK” ROSTOV:
When my father, the king of Kosnovia, told me I must kidnap and marry an American girl to save his crown, I told him he was insane.

But time’s running out, and here I am stranded in a blizzard in upstate New York, and the only decent woman around is standing behind the bar.

A barmaid? I’m a freakin’ prince. I date actresses and supermodels, if you can call that dating.

But little Miss Can-I-Get-You-a-Drink makes the big prince in my pants want to come out and play.

So I’ll turn on the charm and make the barmaid my queen.


This is a sexy stand alone with a guaranteed HEA.

Tia Siren. Spoil the bad girl in you.

'Big Bad Royal' is tagged as: