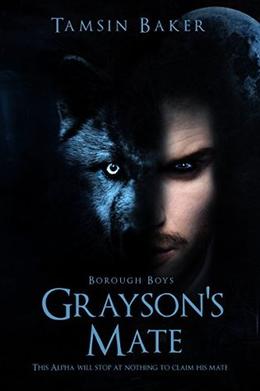 What would you do if you found your destined mate, and they were the last person you ever expected them to be?

Grayson's pack are painted with a distinctive birth mark so that they know their destined mate by sight. Unfortunately, Grayson, at thirty-five years old, has not found his. He's searched high and low, every woman he can encounter. To no avail.
An accountant and business manager by trade, it's his job to keep their pack growing, and financially stable. The Rogues pose a constant threat, but Grayson is confident they won't overcome the power of his father's pack.

Reagan is a medical student in Melbourne. After almost a decade at University, he's ready to sit his final exams and head out into the world to heal people, a life long dream his parents had for him before they died. After a thirty-six hour shift at the hospital, he's heading home and passes out behind the wheel. He wakes up in an un-known world, tucked away in the mountains of Greensborough.

An alpha were wolf with his male human mate battle the odds to come together, amidst a struggle of fate and humanity, the rogues and their own lives.

Who will be the victor when all the spoils are counted at the end?

'Grayson's Mate' is tagged as:

The 'The Borough Boys' series