by Christina A. Burke 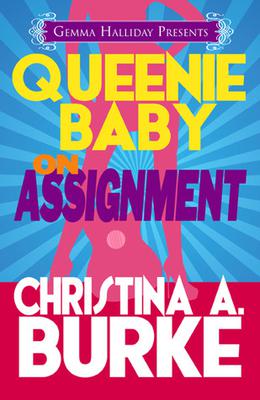 Meeting your hot new boss in a bar while singing karaoke—bad. Being fixed up with your old high school boyfriend by your meddling sister—annoying. Making out in your sister's minivan with said boyfriend—embarrassing. This week is shaping up to be a doozy for aspiring singer/songwriter Diana Hudson.

'On the wrong side of thirty' according to her mother and still living the bohemian lifestyle of a musician, Diana is having a double martini day. Although a sought after performer on the not-so-happening Annapolis, Maryland bar scene, Diana works as a temp at Greene's Staffing to pay the bills. Her assignment this week: help the cape-wearing Mr. Vann Pyre find love online. Unfortunately for Diana, the only man in her life for months has been Max, her fluffy, white Shitzu-Poodle with a crooked overbite and a bad attitude. But unexpectedly, Diana finds herself up to her chin in men. Her mysterious new boss, Mark Greene, smells so good she'd like to hang him from her rearview mirror, and her chiseled, super-sexy high school sweetheart, Rick Ellis, is back to sweep her off her feet. When Diana's love life goes from nonexistent to off the charts, will she give an old romance a second chance? Or will she take a chance on new love?
more
Amazon Other stores
Bookmark  Rate:

'On Assignment' is tagged as:

Similar books to 'On Assignment'

Recent books by Christina A. Burke

Buy 'On Assignment' from the following stores: