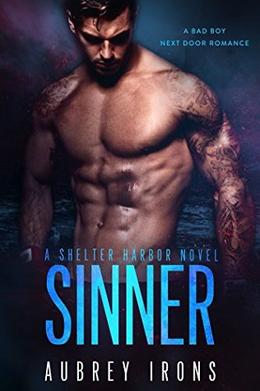 I’m going to make this angel fall from grace.
She’s my sweet temptation. The apple in the garden. Original sin.

She’s too inexperienced. Too innocent. Too pure.

She’s only in Shelter Harbor for a few weeks. Her father’s already promised her to a man she’s never even met.

But she’s down the street from my bar, tempting me every time I think about her, and I’m losing my power to resist.

I’d say someone should have warned her about a guy like me, but then, someone did.

If this is a sin, take me to hell, because I’ll be damned if I let her go.


**This is a standalone book (approx. 75,000 words) with a HEA and NO CLIFFHANGER!**
more
Amazon Other stores
Bookmark  Rate:

'Sinner: A Bad Boy Next Door Romance' is tagged as:

Similar books to 'Sinner: A Bad Boy Next Door Romance'

Buy 'Sinner: A Bad Boy Next Door Romance' from the following stores: