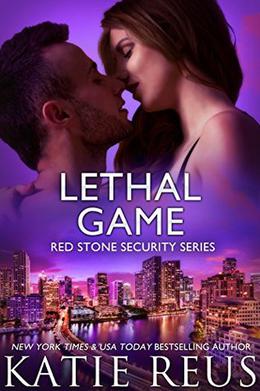 He broke her heart.

Graysen’s betrayal nearly destroyed Isa a year ago. Now that she’s working for Red Stone Security, she’s managed to piece her life back together after a rough year and a broken heart. Then he appears back in her life and makes it clear he’s not going anywhere until she gives them a second chance. A chance she refuses to take.

Now he’s back to claim what’s his.

Graysen’s never gotten over Isa and he knows he never will. It’s his fault she walked away, but he can’t seem to let her go. He quit his job with the CIA and called in every favor he had to get hired by Red Stone Security just to be near her again. But Isa doesn’t care that he’s desperate to make things right between them—she wants nothing to do with him. He doesn’t blame her, but he’s not willing to give her up. When they’re cornered by lethal terrorists, everything changes. Graysen and Isa will have to find a way to work together if they want to survive. Only then will he be able to convince her to claim the chance at happiness the past stole from them.

Red Stone Security, #15
Length: 58,000 words
Author note: All books in this series can be read as stand-alones.
more
Amazon Other stores
Bookmark  Rate:

'Lethal Game' is tagged as:

All books by Katie Reus  ❯