Protecting the Soul (Souls of Chicago #3) 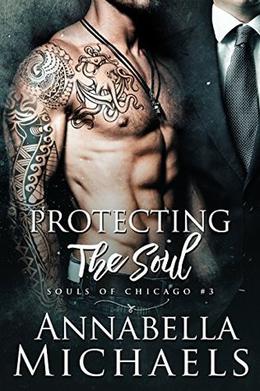 For Landon Greene, managing the band Carter’s Creed is more than just a job. It also means being there to keep his brother safe. When someone begins sending threatening letters to Carter, Landon feels overwhelmed with the need to protect him. He’s relieved when new security is added, until he finds out that the person hired to protect his brother is the same man Landon has spent months trying to forget.

Micah Hamilton recently moved back to Chicago to start his own security firm and to be closer to his best friend, Giovanni. He’s ready to leave his past as a Navy SEAL behind and settle into his new life, but his plans change when a friend calls and asks him for a favor. There’s no way Micah can refuse the request, even though he knows it will require him to face the one man he’s vowed to stay away from.

Can Landon and Micah put their differences aside in time to save Carter or will their pride leave him at the mercy of a madman? Will they continue to resist the undeniable chemistry between them or will they take a chance and possibly find the greatest love they’ve ever known?

***
Protecting the Soul is the third book in the Souls of Chicago series. It can be read as a standalone novel, but is best read as part of the series. This book contains sexually explicit materials and is only intended for adults 18 and older.
more
Amazon Other stores
Bookmark  Rate:

'Protecting the Soul' is tagged as:

The 'Souls of Chicago' series

Similar books to 'Protecting the Soul'

The Swap
The Swap
All books by Annabella Michaels  ❯

Buy 'Protecting the Soul' from the following stores: