Choice on Fire (Firefighters on the Fox #3) 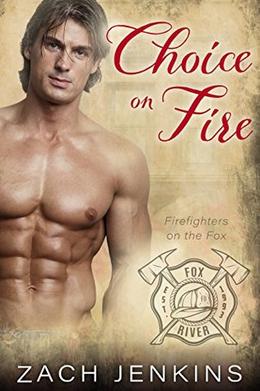 Why can everyone find love except me?

One after the other, firefighter Brick Swan has watched his buddies at the station find their Mr. Rights... so why can't he? Maybe a short, sexy fling will shake him out of his dating funk, and who better to do it with than his hotter-than-sin military pen pal, Maxwell?

On-the-job danger is all in a day's work, but the idea of settling down? Terrifying.

Maxwell Cope works hard and plays harder. When he's not kicking down doors in Afghanistan, photography gives him a chance to see a calmer side of the world than his eight years in the Army have shown him. When it comes to men, Maxwell's family history has convinced him that serious relationships only end up hurting everyone involved. But no-strings sex? Yes, please.

I thought love was bad enough, but now people are trying to KILL us?

With a homophobic arsonist on the loose and casual sex turning into something deeper, Brick and Maxwell are forced to take a hard look at what they really want from each other. Sticking together may not just be what their hearts burn for... it may also be the only way for them to stay alive.

Choice on Fire is a steamy, standalone romance novel with a HEA ending and no cliffhangers.
more
Amazon Other stores
Bookmark  Rate:

'Choice on Fire' is tagged as:

The 'Firefighters on the Fox' series

Similar books to 'Choice on Fire'

All books by Zach Jenkins  ❯

Buy 'Choice on Fire' from the following stores: