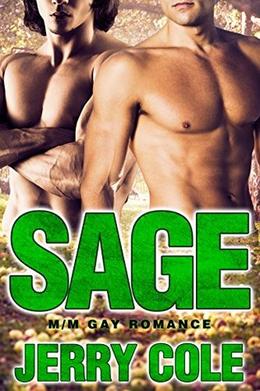 Sage Sherwood is a very successful young hedge fund trader and partner in a prestigious Boston financial firm. He appears to have everything—a huge loft overlooking the Charles River, a hot car, and the ability to do whatever he wants. But he is unsettled. He lacks a love life, and his family life is lacking as well.

His dear younger sister lives with his paternal grandparents, the rich, powerful, and politically connected Sherwoods. Sage and his sister were raised by these restrictive and unloving people while living with a mystery about their mother. They were told she had died in a complication from surgery, but that now appears to be uncertain, and Sage takes it upon himself to solve that mystery. A mystery which leads him to Vermont and a man called Scratch.

Scratch Nakamoto is a rather naïve young man, living and working on a charming fruit orchard in Vermont. He loves caring for his bees, living and working on the land, and has given little thought to his future beyond where he is at the moment. His parents moved to Vermont from California to work at the orchard. They are a very traditional Japanese family where strict rules govern how their lives play out, and Scratch has never questioned their values until his life suddenly becomes entwined with a stranger who walks up the driveway while he is busy doing the spring pruning.

Scratch’s life becomes really complicated when this charming, sexy, and captivating stranger begins to take a romantic interest in him. And it is then that Scratch begins to discover new emotions and challenges to his family’s beliefs.

Please Note: This book contains Adult Language & Steamy Adult Activities, it is intended for 18+ Adults Only. Novella, approx. 50,000+ words in length. HEA (happy ever after ending). Does not end with a "cliffhanger".

Ken Harris likes to think he’s more than capable of handling a hot-tempered athlete. He makes his living shoeing the best jumping horses in Crower County, after all, and that’s no job for the weak of body or the faint of heart.

But when a world-class showjumper comes galloping into his life, Ken gets a funny feeling that things are about to change.

Elliot Hawke is an internationally renowned rider and trainer, and he’s moved over from the UK with a stable full of four-legged clients for Ken to work with. He turns out to be a decent guy as well, and Ken soon finds himself spending a good portion of his free time hanging out with the rising star.

But not everyone in Crower County is as charmed by Elliot as Ken is. In fact, Ken learns that Elliot is openly gay when one of his fellow farriers is explaining why he refuses to work with him. Ken writes his colleague’s attitude off as old-fashioned country thinking, but soon becomes curious as to whether Elliot’s intentions toward him are completely innocent.

Soon, Ken’s curiosity and Elliot’s feelings ignite a secret affair that has both of them in a spin. Ken, a lifelong ladies’ man, never thought he’d find himself longing to be in the arms of another guy. He doesn’t know if it’s the novelty of the situation or genuine attraction drawing him into Elliot’s arms. Meanwhile, painful memories of Elliot’s past make him reluctant to entrust his heart to the handsome farrier. Straight men have hurt him before and he suspects they’re not done yet.

Even as the two of them find each other drawn closer together, small town gossip soon whips up a scandal that threatens to drive them apart.
more
Amazon Other stores
Bookmark  Rate: