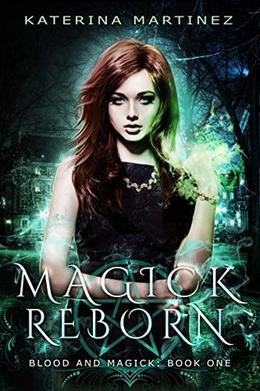 Sometimes fate drops your future on your lap; other times fate hides it right under your nose.

When Madison traded up for a gorgeous Victorian house in the New Orleans French Quarter, she thought she was getting away from her toxic life. Sure, the house was old and run-down, but it was hers, and it was exactly the fresh start she wanted.

But then she meets Remy, a mysterious, sexy witch with power, class, and charm to spare, and everything changes.

Unknown to Madison, her arrival in New Orleans sets in motion a chain of events that throws everyone’s life into disarray—not just hers. Now, pushed into the middle of an ancient war between vampires and witches, she must unravel the secrets of the house she's inhabiting before the forces awakened by her very presence rise from their centuries-old slumber, hungry and eager to feed on everything they can find.

Inspired by fantastic authors such as Karen Marie Morning, Richelle Mead, and Shannon Mayer, Magick Reborn is the first book in Katerina’s brand new Blood and Magick series of urban fantasy novels. Like deep mysteries, plenty of steam in your romance, and watching your heroine become a badass? This is the book for you!

'Magick Reborn' is tagged as:

The 'Blood And Magick' series

All books by Katerina Martinez  ❯