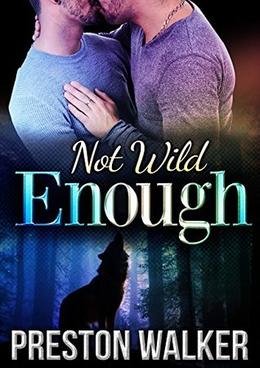 This is the third book in the Mountain Pack Chronicles. However, it can be read as a stand-alone. Thus, this book, as all the books in this series, can be read on its own.

Wayne, feeling stifled by his predictable home and chaotic family, is on the hunt for adventure. Carlos, his lifelong best friend, is bored and looking for trouble. The second they hit the road together, their competitive and combative relationship sets in motion a series of events that will give them more trouble than they bargained for.

Carlos, driven by a dark past and a consuming fascination with death and the afterlife, leads Wayne on a death-defying excursion through an abandoned mine. His reckless pursuit of a legendary gold nugget nearly costs them their lives, and Wayne has to do the one thing he hates most in order to save them: he has to morph.

Obsessed with the dark power of shifting, Carlos demands that Wayne turn him. Wayne, knowing the risks, refuses; though the reasons why Carlos wants it so badly break his heart, Wayne can’t risk Carlos’ life on a gamble. Tension grows between them. Wayne begins to wonder if their budding romance and life-long friendship will survive the trip.

When their adventure catches the attention of a mad scientist with ominous intentions, Wayne’s deepest fears are realized. After a violent kidnapping and heavy dose of tranquilizers, Wayne wakes up in a makeshift lab with a babbling lunatic and his massive, monosyllabic, bodyguard.
Wayne soon realizes that while he is confined, the mad scientist is performing torturous experiments on Carlos. At the first possible moment, Wayne breaks free, rescuing Carlos; only to realize that the experiments have transformed Carlos into Wayne’s worst nightmare.

Can Wayne rescue Carlos again? Or has he slipped beyond reach, drowning in the danger he’s flirted with all his life?

This book contains sexually explicit content not suited for those under the age of 18. The book is approximately 50,000 words and does not end in a cliffhanger.
more
Amazon Other stores
Bookmark  Rate: