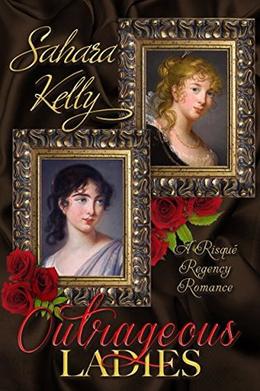 "Love and scandal are the best sweeteners of tea." ~ Henry Fielding

They’re beautiful, intelligent and ahead of their time. One is notorious, one quite incorrigible—both outrageous. Madam Charlie, owner of the most exclusive house of pleasure, and Lady Elizabeth Wentworth, one of the Season’s Incomparables, will find their paths crossing in the unlikeliest of ways. It’s an unexpected friendship sealed by a similar interest in men of forceful character…

Men like Jordan Lyndhurst, Earl of Calverton, who finds Charlie intriguing upon their first scandalous meeting, and from that moment on seeks to solve the puzzle of this aloof woman who haunts his dreams.

Meanwhile Lady Elizabeth encounters a fearless stranger who snatches her attention in the most improper of ways. His country, however, has different plans in store for Sir Spencer Marchwood, and his pursuit of Elizabeth is forced to wait. Ever unpredictable, Elizabeth announces her engagement just as Spence returns to London. Now he faces the hardest campaign of his life…to win her heart.
more
Amazon Other stores
Bookmark  Rate:

'Outrageous Ladies: A Risqué Regency Romance' is tagged as:

All books by Sahara Kelly  ❯