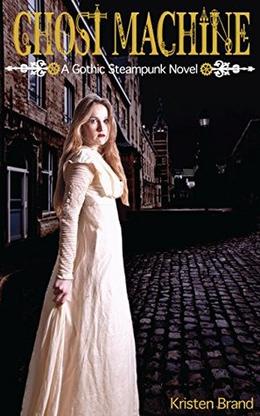 Ella Rosenfeld is a lunatic. Locked away in the remote Auttenberg Asylum, she undergoes torturous treatment to cure her hallucinations. Yet the longer she remains within Auttenberg’s austere halls, the more gruesome her visions become, until Ella is sure she’s seeing ghosts, and Auttenberg’s doctor knows it. He doesn’t plan to cure her; he wants to study her ability by dissecting her.

Ella refuses to accept her fate. She assaults her captors, scales the asylum fence, and finds sanctuary in the castle of Baron Viktor Szarka. Young and arrogant, the baron offers her protection, but he’s rumored to have locked a woman in the asylum to hide his dark past, and he has suspicious dealings with Auttenberg’s doctor. Unable to trust him, Ella must uncover the conspiracy surrounding the asylum, her visions, and the baron’s secret...or join the rest of Auttenberg’s ghosts.
more
Amazon Other stores
Bookmark  Rate:

'Ghost Machine: A Gothic Steampunk Novel' is tagged as: