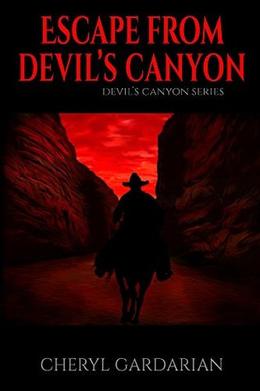 Christy Gale dislikes Dalton Burkett from the moment he almost kills her. Tailgating, he nearly pushes her truck off an icy mountain road on the same curve where her mother had perished four months prior. Actually, Christy not only dislikes him, but suspects he might’ve been involved in her mother’s accident. The location seems too coincidental. Other suspicious incidents have happened around the ranch, too. Someone is clearly out to do her family harm, and Dalton may be the cause.
Then, as they searched for lost cattle, they are thrown together when a massive earthquake and landslide traps them in the backcountry of Yellowstone National Park. Danger is all around…new geysers, a rogue grizzly bear, a vicious black wolf, and a greedy land baron intent on getting the BG Ranch at any cost. As they struggle to survive, Christy is torn between her distrust of Dalton and a growing attraction toward him. Dare she trust him with her life?
more
Amazon Other stores
Bookmark  Rate:

'Escape From Devil's Canyon' is tagged as:

Buy 'Escape From Devil's Canyon' from the following stores: