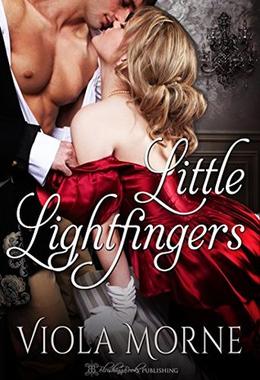 A beautiful thief with a familiar face.  London’s most sought after and successful barrister.  A chance encounter in the courtroom of the Old Bailey.


Emily was born a lady, but ends up on the streets of London’s slums earning her living as a pickpocket. Disaster strikes when she’s arrested. She is rescued by Sir Richard Beresford, a childhood friend of her late brother. Richard offers her a place in his household, but there’s a catch. She must live in Sir Richard’s nursery as a little girl, subject to his discipline and his desires.
Richard has never met a girl like Emily, at once so sweet and so spirited. She has survived a horrible ordeal and Richard vows to protect her as disapproval and danger loom over them. Richard’s love for his little girl grows stronger every day, even as his own actions endanger Emily’s happiness.


When a stranger from Emily’s sordid past shows up again, Richard is driven to extremes. Emily belongs only to him and he won’t let anything or anyone stand in his way. Whether Emily likes it or not.


Publisher’s Warning: This book contains scenes with graphic sex and age play elements. If such material offends, please do not purchase the book.
more
Amazon Other stores
Bookmark  Rate:

'Little Lightfingers' is tagged as:

All books by Viola Morne  ❯