Into the Abyss (Psychic Visions #10) 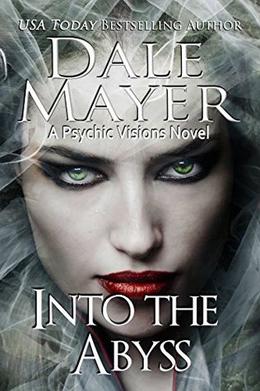 Book 10 of the Psychic Visions series - Tavi and Jericho's story.

Life is never easy but when her family is killed by a serial killer – one who is never caught – it becomes almost impossible.

As she grows up, Tavi works to appear normal while hiding in law enforcement, determined to get answers and if she can – extract revenge.

Jericho is a hunter. Now he’s caught the scent of an old prey, a serial killer he’s been one step behind the whole way. Then
Jericho catches wind of the killer’s next victim… Which is none other than a detective with a little too impressive track record for getting her man.

Only she wants nothing to do with him. Or his protection. And he can’t leave her alone…

Sparks fly from the first meet – in more ways than one.

But when energy flares it also attracts. And the killer realizes he can kill two enemies in one swoop. He’s cleaning up. Turning a new leaf.

And wants no one left alive who can stop him…
more
Amazon Other stores
Bookmark  Rate:

'Into the Abyss' is tagged as:

Similar books to 'Into the Abyss'

Buy 'Into the Abyss' from the following stores: