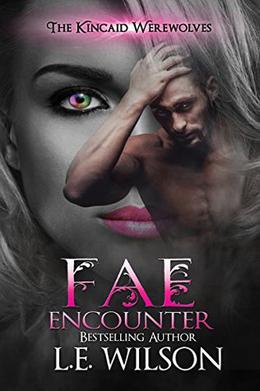 He always followed the rules. Until she broke them.

Marc Kincaid must convince a rival werewolf pack that their worst nightmare is about to become reality. In order for their species to survive, the packs must form an alliance . To win them over, he has to play their games. But he runs across an unexpected glitch—a bonnie Fae lass with curves capable of unmanning him and a stubborn streak to match. His response to her is instant and hungry, and makes him burn for more than just survival. But she's not a rule he's willing to break.

Bronaugh Lane has been fighting her dark Fae nature her entire life. Giving up control is not in her character. If she did, she would lose everyone she cares about. So when she meets a werewolf with the hard muscles of a warrior and a soft Scottish brogue, her intense yearning for him is disconcerting. She should keep her distance, but for her own reasons, she needs to get closer to the Texas pack. And Marc is her only chance at infiltrating their den.

And then the game changes.
There are no rules now.
Yet they dare not surrender to their feelings. War is coming, and Werewolves and Fae are on opposite sides of the front line.
more
Amazon Other stores
Bookmark  Rate:

'Fae Encounter' is tagged as:

The 'The Kincaid Werewolves' series