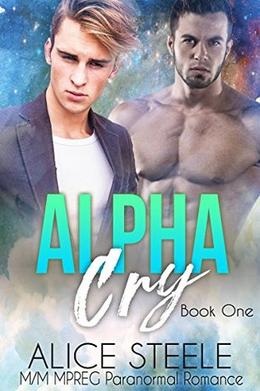 Aiden Ivory is an independant omega that has his head steady on his shoulders. No alpha, no problem. He doesn’t need them, and in fact, he abhors him. But one day, he gets a call…

His wallflower of a father opened up a bakery in an alpha clustered town.

Aiden runs to the rescue, but gets far more than what his can of anti alpha cinnamon can handle.

Jack Cry is the head alpha of Cry town. He rules with an iron fist and when he gets a whiff of his mate’s scent, he follows it relentlessly. He’s heard of fated mates, but he didn’t hear about the part where the alpha gets doused in cinnamon spray.

This is a Serial that has NO cheating <3

Get ready for a tricky ride…
more
Amazon Other stores
Bookmark  Rate:

'Alpha Cry' is tagged as:

All books by Alice Steele  ❯