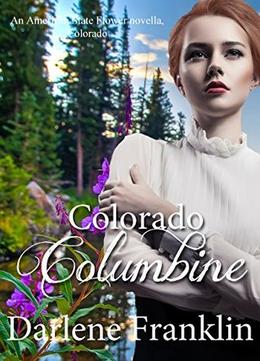 THE RICH MAN AND THE ORPHAN

Garnet Harvey graduates from an orphanage and lands a job as a nanny for three motherless girls.

Chester Paul, a wealthy businessman, lost his wife in childbirth. After a long period of mourning, he hires a nanny to take care of his children while he works in the city. He remains involved in the girls’ daily lives, and comes to care for their new caregiver.

When Garnet’s guardian discovers the situation, she insists on a trial separation. If their feelings remain strong, how can Garnet be introduced to Chester’s social circle? How will secrets from Garnet’s past affect their growing love for each other?

Is it strong enough to grow as beautiful as the Colorado Columbine?
more
Amazon Other stores
Bookmark  Rate:

'Colorado Columbine' is tagged as: