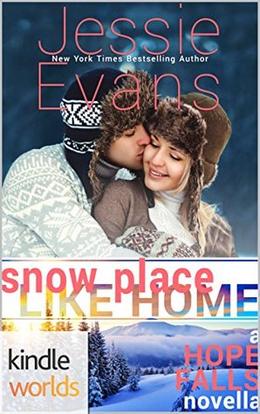 As far as Macy Clayton is concerned, her hometown of Hope Falls couldn’t have a more fitting name. Hope doesn’t just fall. It tumbles. Fumbles. Crashes. Burns. Her hope gave out the day her first love betrayed her trust, nearly costing her what was left of her family.

She’s back home to pick up the things her father left her in his will, and then she’s putting Hope Fails in her rearview. Permanently.

Too bad fate has other plans…

Hunter Roberts has lived in the mountains his entire life. He’s prepared for snowstorms, icy roads, falling trees, and the occasional avalanche. He isn’t prepared to end up snowed in at a remote ranger’s station with Macy, the only girl he’s ever loved. And he really isn’t prepared for the attraction between them to be more combustible than ever.

Can Hunter convince Macy that a long winter’s night is the perfect time for a new beginning? Or will the one who got away slip through his fingers all over again?

Warning: This is a sexy, second-chance romance featuring a man who isn’t afraid to put it all on the line—or take it all off—in the name of love.
more
Amazon Other stores
Bookmark  Rate:

'Snow Place Like Home (Hope Falls Universe)' is tagged as: