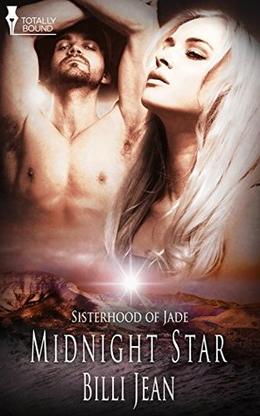 The Sisterhood of Jade stories introduce a world filled with immortals living side by side with mortals, but undiscovered—at least in the beginning.

As the tensions between the Death Stalkers—a brotherhood of immortals working to dominate the world—and the loosely banded together Immortal Council grow, so do the battles and bonds between the fractions.

Book Three in the Sisterhood of Jade series

Love can be tricky, but so can a Lykae determined to capture his reluctant mate's heart.

Ranger is a werewolf, a Lykae with a problem. He’s found his one true mate, the only female who can complete him. Only trouble is, he’s denied his instinct to claim her. Now his mate hates him as much as she believes he hates her. Will he have to risk both their lives to finally prove to his stubborn Vampire that he loves her?

Star is a half-breed Vampire with a past of not being accepted because of her mixed blood. Ranger is just one more example of how little she fits into the immortal world, no matter how much she tries to fool herself into believing otherwise. She’s a strong female, a fighter, but when it comes to the opinions of others, she has no defenses. Why fight what she knows is true? She is a half-breed, less than those around her. She has a home, friends and females she loves like family. Only trouble is, her family is now related to the mangy wolf man who hates her.

Billi Jean
About the Author:
Billi Jean was born in California but didn't stay put for long. She's lived in New York, Indiana, Missouri, Arizona, Colorado, Florida, Massachusetts and Vermont. She's lived in and worked from ranches to beach-side coffee shops to the woods in western Massachusetts. Now living and working in China, she continues to write for Totally Bound Publishing.

'Midnight Star' is tagged as:

The 'Sisterhood of Jade' series

All books by Billi Jean  ❯