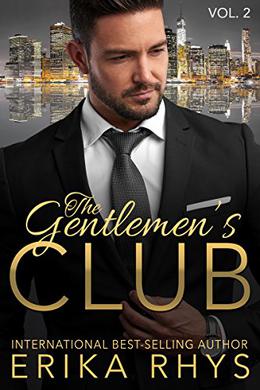 The second, pulse-pounding volume of The Gentlemen’s Club series, a hot, suspenseful New York City romance from international bestselling author Erika Rhys!
A man facing terrible danger
After a deadly attack nearly ends Nick and Ilana’s lives, Nick sweeps Ilana away from New York in an attempt to protect her. But with a ruthless killer on his heels, will Nick uncover the identity of his enemy in time to save them both?

A woman deeply in love
In the wake of the attack and their flight from New York, Nick and Ilana’s relationship deepens. But they can’t hide forever. When they return to New York, and the killer strikes again, who will live—and who will die?

All books by Erika Rhys  ❯