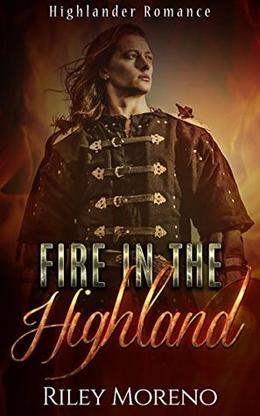 Packed with many bonus books inside for a limited time
It is 14th century Scotland, and the whole land is threatened by the Black Plague as it spreads across the British Isles. Annie is a healer by trade, but she is also a young widow, haunted by the ghost of the man she loved, who died in battle against the English. In a desperate bid both move on from her past and to find a cure to this terrible epidemic, she causes an accident in which she loses everything.

However, sometimes with disaster comes opportunity – and this opportunity comes in the form of a rich, powerful and handsome stranger from the far north of Scotland. But the plague is not the only trouble brewing in the land – there is also a spate of witch-burnings, and any woman, innocent or guilty, could be the next victim of the dreaded witch-finder. Will Annie survive this storm of uncertainty and terror to form a relationship with the dashing nobleman from the north? Find out in Fire In The Highlands.

'Fire in the Highlands: Historical Highlander Romance' is tagged as:

Similar books to 'Fire in the Highlands: Historical Highlander Romance'

Buy 'Fire in the Highlands: Historical Highlander Romance' from the following stores: