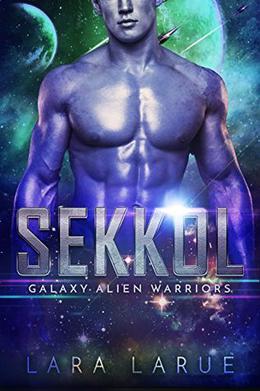 She’s a captive. He wants her to be a queen. Will his passion be enough to change her mind?

Keira wishes she could return home. After being kidnapped from Earth by aliens, she’s fiercely determined to make it back to her planet. The absolute last thing she needs is a love interest. What Keira wants is an ally…

Sekkol is heir to the throne of Jupiter. As a highly-trained alien warrior, he’s probably the last creature in the universe who should help Keira. But when he lays eyes on her, he knows: she is his mate, and he’ll do anything to protect her.

As Keira warms to Sekkol’s presence, she wonders if her own feelings will keep her from returning home. Sekkol remains patient, protecting Keira from his own mating urges… until she’s ready to let him in.

All books by Lara Larue  ❯

Buy 'Sekkol:' from the following stores: