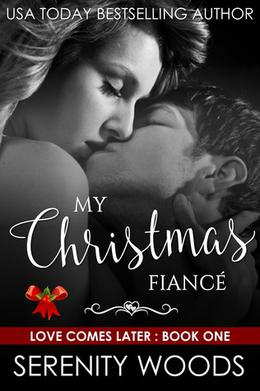 A boss/secretary ‘marriage of convenience’ romance.

It’s not easy to reinvent yourself, but my thirteen-year-old son and I were ready for a new start. Old Maggie had been a magnet for disaster, but I decided that New Meg was going to be suave, sophisticated… and blonde. I landed a dream job at the other end of New Zealand as PA to three rich directors who spoil me rotten, I found a beautiful new apartment on the waterfront, and I felt reborn.

Then I wrote an email to a friend describing in vivid detail what I wanted to do to the sexiest of the directors—involving melted chocolate and/or whipped cream—and mistakenly sent it to All Staff. It turns out that New Meg is pretty much just Old Maggie with different packaging. Some things never change.

I’ve wanted Meg since she first walked into my office with her soft lips and sexy curves, but she wears another man’s ring, so I’ve steered well clear… until now. My mind’s been occupied anyway since I found my girlfriend, Natalie, in bed with another man. She’s desperate to have me back and won’t take no for an answer—so I’ve come up with a brilliant plan, to hire a fake fiancée for Christmas to prove to her that we’re done.

After sending her hot-as-hell email, Meg confessed the truth about her past, and it’s given me an idea. She’ll make an ideal fiancée, and I can protect her from the guy she’s running from. Sounds like the perfect plan, right? Her teenage son’s no problem because we get on great. Sharing her room? That’s more of a challenge, but I’ve always had excellent self-control.

Yeah, I know. I keep forgetting about the melted chocolate. What an idiot.

Warning: In New Zealand, Christmas happens at the height of summer. It’s hot, in and out of the bedroom. Have a fan on standby.
more
Amazon Other stores
Bookmark  Rate:

'My Christmas Fiancé' is tagged as:

Similar books to 'My Christmas Fiancé'

All books by Serenity Woods  ❯

Buy 'My Christmas Fiancé' from the following stores: