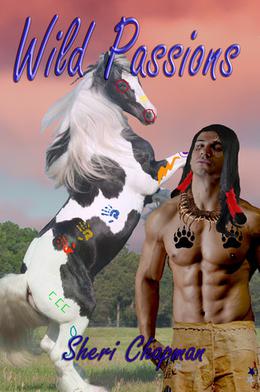 When Kaitlin’s father promised her hand to the foulest individual in the newly settled town, she decided she’d had enough! No man would control her anymore! Kaitlin packed her meager belongings and headed out on foot from their remote home to find refuge in the small town. However, she marched straight from one man’s command into another’s. The Oglala War chief on a mission for revenge found a beautiful woman to rescue. Once the warrior had saved the girl’s life, she owed it to him forever. Tamed by the wild culture of these caring but fierce people, Kaitlin learns that freedom isn’t always defined by personal expectations. Being a slave could never be an option, but how could she ever want liberty when her freedom is claimed by an attractive war chief who has also captured her heart?
more
Amazon Other stores
Bookmark  Rate:

'Wild Passions' is tagged as: