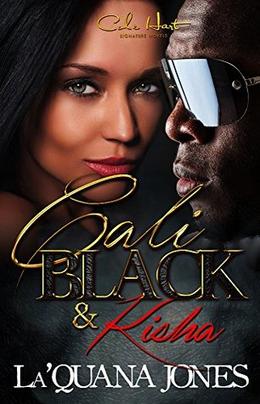 Cali Black is a tall, charcoal-complexioned, heavyset and laid back man who loves women and has no plans on settling down with one. Lakisha Long is the love of his life. She's a young, mixed, petite, beautiful woman, but she's hotheaded and will ride or die for Cali Black. He hates that she lets her father run her life and blames her father for the death of their unborn child.

When Cali Black meets a much older woman named Sharika, he feels obligated to take care of her and her three kids. However, his relationship with Lakisha doesn't end, and she causes problems between him and Sharika. A side chick is something Lakisha will never be. She goes crazy over Cali Black and finds herself in a jail cell. She would do anything for him, and that pisses Sharika off.

What Cali Black doesn't know is that Lakisha has been hustling tricks with the help of her road dog, Misako. When she runs into the wrong trick, all types of drama breaks out. By now, Lakisha is in too deep because she's low on cash and in desperate need of money. If Cali Black ever found out about her trickin', he'd drop her for good, and there is no way Lakisha will let that happen.

When Lakisha’s lies and secrets catch up to her, will she lose the only friend she has, and will Cali Black be finished with her for good? If you're a fan of African American urban romance and women fiction you'll definitely love this.
more
Amazon Other stores
Bookmark  Rate: