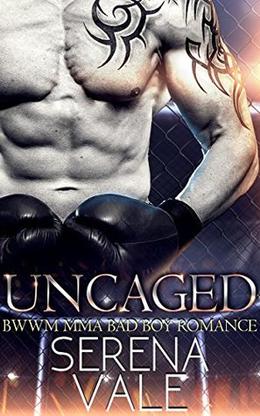 Will independent Callie resist the fighter? Or will she fall for his bad boy charms?

Callie: All I wanted was an average summer before school began. But it started with my mother getting married for the fourth time and I got a new stepfather that's just as business oriented as my mother. And to make it worse, he brought me a new stepbrother that's arrogant, overbearing, and unlikable. I was happy to get away from him any way I could while my mother and new father were away on their honeymoon. But one night out with a close friend in a fight club, I found that my stepbrother isn't everything I hate. He's also full of muscle, danger, and a determination that is everything I want, but shouldn't... and he's right within my reach.

Jay: I was born with everything that I ever wanted. Money, fame, power, I buzzed through school in record time and someday I'll be running a Fortune 500 company. But along the way, I discovered a darker side. I discovered fighting. And I was good at it. And from that came fame and money that was entirely my own, not my father's. And the best boon is the women that come with it. They want me... not my money or my power. And there are some that are not to be had for the wanting, but I want them anyway.

WARNING: This eBook contains mature language and content. It is intended for 18+ readers only!
more
Amazon Other stores
Bookmark  Rate:

'Uncaged: A Billionaire Bad Boy MMA Romance' is tagged as: