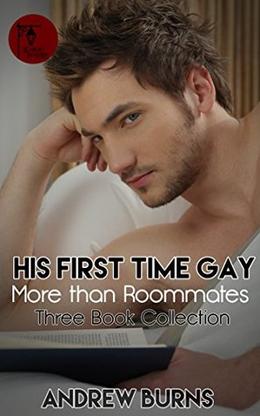 Living in the city, Noah Jones was accustomed to living with roommates. When Adam, a gay man, moved in, Noah just saw another room mate to occasionally say 'hey' to and mostly avoid. Noah saw Adam's sexuality as irrelevant, he himself was straight as a board... or so he thought. Waking up late one night, Noah heard a sound coming from Adam's room. Curiosity got the best of him and what he saw happening between Adam and another man changes Noah's life and self identity forever.
more
Amazon Other stores
Bookmark  Rate:

'His First Time Gay - More than Roommates - Three Book Collection' is tagged as: