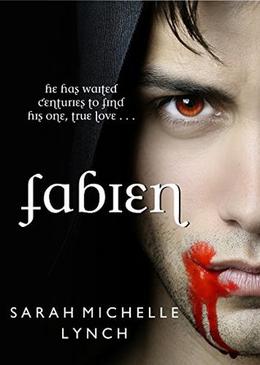 Fabien is an ancient vampire wandering the earth alone, having been thrown out of his coven for displeasing his lover, the vampire queen Leticia, who also put a curse on him never to love again—at pain of death—after discovering his romantic interest in a human.

Centuries of loneliness have resulted from his banishment, but after biting a random stranger on a riverbank in the Roman city of York, England, Fabien sees a vision of the human he once loved. Perhaps she has been reincarnated? Or maybe not . . . To complicate matters, she is now married to another human. Still, Fabien has to know if it’s really her—the reincarnation of the woman who got him thrown out of his coven.

The vampire queen Leticia has no intention of lifting Fabien’s curse, nor of letting him live if he doesn’t play by her rules. Not only is she the most powerful vampire, Leticia also has abilities in witchcraft and pretty soon it becomes clear she’s meddled in not only Fabien’s life, but in the lives of many others as well.

A prophecy reveals Fabien will die if he pursues his true love, but will justice prevail? Or will witchcraft be the death of him . . . ?
more
Amazon Other stores
Bookmark  Rate:

'Fabien' is tagged as:

Buy 'Fabien' from the following stores: