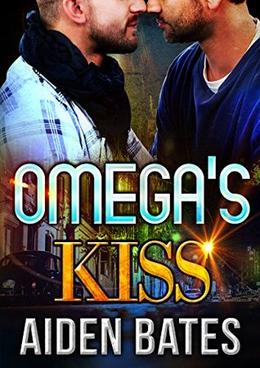 When family is on the line, there’s nothing that defense attorney Doug Morrison won’t do. He’ll even go to the detective who put his father away for help in proving his innocence. When the driven omega meets the strong, crafty alpha, will their passion burn too bright to keep them on the case?

Defense attorney Doug Morrison is very good at his job. After his father is convicted in a series of gruesome murders, Doug takes it upon himself to save the man who’s given him everything. When he finds evidence that his father was someplace else for some of the crimes, he seeks out the detective who initially got his father convicted.

Ray Langer is a laid-back sort of alpha, but he’s very good at his job. He knows that the evidence was good when it came to the Morrison case – until Morrison’s gorgeous, confident omega son shows up with evidence that chips away at his case, little by little.

Ray agrees to work with Doug to get to the bottom of the issue. When an evening of passion turns into an accidental claim, they’re left with questions and fears. Can Ray continue to investigate his mate’s father without a conflict of interest? Can Doug defend a man that his alpha arrested?

Together, they need to get to figure out what the claim means for them, but who committed the murders attributed to Doug’s father. Somewhere out there, someone is getting away with murder.

This is the third book in the Never Too Late series. However, it can be read by itself (stand-alone). This book contains sexually explicit content and not suitable for anyone under the age of 18. This book is approximately 80,000 words, has a happy ending and does not end in a cliffhanger.
more
Amazon Other stores
Bookmark  Rate: