Love in the Deep South 2: A Memphis Hood Tale 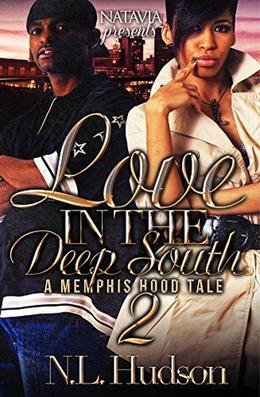 A pregnant Laydii has just received some information that her sister Toni’s killer was not who they suspected it was. On top of receiving this new revelation, Laydii is also hit with some more tragic news that her best friend Keya is missing. They say what don’t kill you, can only make you stronger, but that may not be the case this time. Has Laydii finally been given more than she can handle, or will she fight through it all and still come out on top like always?

The search is on for a missing Keya. After she vanished into thin air, everybody has come together to search high and low for her. The police are not helping, as they feel that she has left on her own free will. Also, no one is aware that Keya had been in contact with Sam. Without the crew having that valuable piece of information, to guide them in the right direction, odds of finding Keya is almost the same as trying to find a needle in a haystack. Will Keya be found before it is too late, or will she become the next victim of a deranged, Sam?

Aaron is still in Jail, and is trying his best to deal with the fact that Keya betrayed him, by abandoning him when he needed her most. But as luck would have it, he receives some information from his lawyer that he will be released from Jail. When Aaron gets out, he is hit with devastating news that Keya is missing. Will Aaron put aside those hard feelings that he has for Keya, and help to bring her back home safely, or will he turn his back on her just as she had done him?

John is back, and is trying his best to be there for Laydii like a good boyfriend should. But when something from his past comes back to haunt him, he realizes that his own problems might be more important than being there for the woman in his life. Will John continue to be the shoulder that Laydii can lean on, or will he leave her to pick up the pieces of her own life, while he handles his own?
Jeremy is sick of being with Nancy, his nagging baby mama. She finds any and everything to complain about, and she may have finally pushed Jeremy away with her crazy ways. Because of her constant nagging, Jeremy finds himself in the comforts of another woman. Will Jeremy finally find happiness with his new beau, or will Nancy change her ways and get him to remain by her side?

Take another drama filled journey with these characters, as they continue to take you through the Dirty South City of Memphis.
more
Amazon Other stores
Bookmark  Rate:

Similar books to 'Love in the Deep South 2: A Memphis Hood Tale'

More books like 'Love in the Deep South 2: A Memphis Hood Tale'   ❯

Buy 'Love in the Deep South 2: A Memphis Hood Tale' from the following stores: