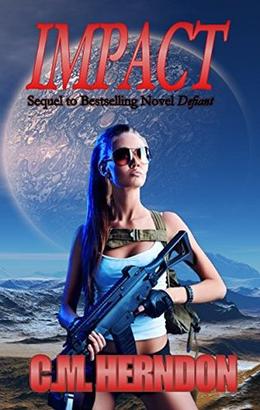 Return to the Ektos Universe in this suspenseful sequel to Defiant

A Captive King
Life has never been more perfect for Virion or Faelan. Without his father looming over him, he’s finally able to live peaceably while Faelan enjoys the spoils of life without bars. However, all of that is threatened after an assassination attempt on Virion reignites the war with Santain. Trusting her once again with his sister’s well-being, he sends Faelan to protect her only to desperately need her help when he’s captured and taken prisoner. Will he survive long enough for Faelan to save him or is he and his planet already lost?

A Hopeful Mother
Being wife to the Patriarch has never been easy, but Cetha has managed to persevere. She dreams of the day her son replaces his father as Santain’s ruler, but her dreams aren’t enough to stop the war or her own suffering. She’ll do the best she can to stay strong, but protecting her son will require her to walk a precarious line between him and her husband. In the end, she’ll make any sacrifice to keep her son alive, even if it means bringing more suffering upon herself. It is her greatest hope that he survives to bring honor back to their planet.

A Defiant Rebel
As a warzone surrounds all of Callana, Faelan is determined to rescue the man she loves and discover the key to ending the war between the two planets. If she can free Virion, can she keep him out of Santain custody and get him to safety before everything is lost?
more
Amazon Other stores
Bookmark  Rate:

'Impact' is tagged as:

All books by C.M. Herndon  ❯

Buy 'Impact' from the following stores: