Room for a Third 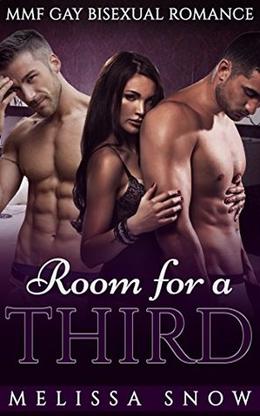 Greg:
I have a beautiful girlfriend.
I was the star quarterback in high school, a jock everyone envied.
Now?
I am sharing my house with a guy I don’t even know. I might even be falling for him.
Apparently, he went to my school, and even graduated in my class, but I don’t remember.
All I do know is that despite being a type-A nerd, he is pretty decent.
He likes football and he’s Alexandra’s friend. Plus, he is rather cute.
It won’t be so bad living with him. Right?
But will he cross the threshold and become more than just a friend?

Steve:
When life gives you a bad hand, you hope someone will catch you when you fall.
Luckily, I had Alexandra by my side, who offered me her home when I was homeless.
But, little did I know, my time there would be more than just temporary.
As a man who swings both ways, I had no problem admiring both girlfriend and boyfriend.
In High School, I fantasized about Alexandra, but now as I sit on the couch, sharing a beer with Greg, I can’t keep my eyes off of him.
Will I ever have a chance with the god-like man, or will I be kicked to the curb when I have overstayed my welcome?

'Room for a Third' is tagged as:

Similar books to 'Room for a Third'

Buy 'Room for a Third' from the following stores: