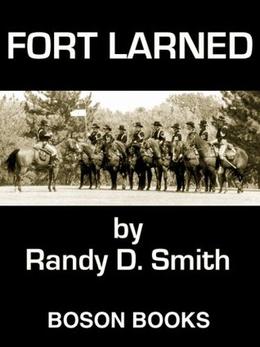 FORT LARNED is the first of a series of historical novels depicting the life of fictional adventurer, Lane Collier. From his beginnings as a Civil War army scout and later as a celebrated buffalo hunter, lawman, and rancher Lane Collier symbolizes the tenacity and resourcefulness of the North American plains frontiersman during the later half of the 19th century. Such men clawed a living and built a civilization from seemingly barren grasslands and hostile prairie where only vast herds of bison and the Indian reigned supreme for centuries. FORT LARNED relates an account of the post-Civil War Indian wars on the Kansas leg of the Santa Fe Trail. Collier, a white man of Indian blood, struggles to survive a Cheyenne uprising tainted by intolerance, government bungling and warfare defined by merciless revenge. Meet such characters as: Nell Baker, a woman stranded by the massacre of her husband and friends; L. J. Bohanin, lieutenant of a troop of black cavalry trying to return to Fort Larned with Cheyenne warriors in hot pursuit; and Elk Heart, a Cheyenne chief who has lost everything during the relentless onslaught of white settlement and demands a price in blood. Historical research, adventure and romance come together to weave a credible, informative and spell binding tale of the frontier. Join the first of a series that enjoys national serialization in SHOOT! magazine, a chronicle for Old West and living history enthusiasts.
more
Amazon Other stores
Bookmark  Rate:

'Fort Larned' is tagged as: