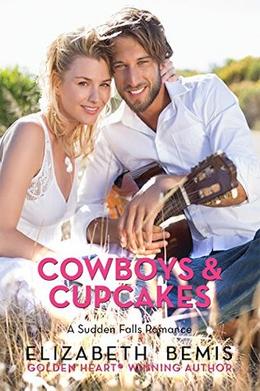 Pastry chef Jane Starzmann isn’t built for adventure. She’s been heavily overweight her entire life, and has never dated or left the safety of her hometown of Sudden Falls. After her high school crush and country music’s current rising star, Cade Switzer, is kind to her at a hometown benefit concert, Jane emails his website, only to begin a year-long email correspondence with the man she believes is his assistant—one who is charming and supportive, inspiring her to transform her body and her life.

Only, it’s not the assistant who’s writing her, it’s Cade.

Tired of the whole world treating him like a star and not a human being, Cade treasures the instant camaraderie he has with Jane, and doesn’t correct her assumption that he’s a member of the Switzer entourage. When fate brings them face to face on stage a year later, Cade knows he should reveal the truth–but can’t. Instead, he concocts a plan to win Jane’s heart…since she’s already won his. But how can Jane forgive him for misleading her for so long? And how can Jane reconcile the feelings she has for her “celebrity crush”—when she really doesn’t know this man at all?

'Cowboys & Cupcakes: A Sudden Falls Romance' is tagged as: