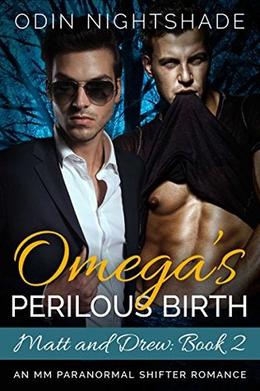 Matt and Drew are back!!

After embarking on their new lives together, and with Matt expecting Drew’s pup—the heir to Drew’s company and formidable wealth—the pair are well on their way to wedded bliss.

Or so they think.

Before long, Drew’s chaotic work schedule has Matt feeling lonely, and when Matt reaches out to his old pack for support, he finds that their company only amplifies the isolation that he feels at home.

Devastated by Drew’s constant absence, Matt starts wondering if Drew ever really loved him at all. And when he finds out that the old pack’s alpha—Matt’s gorgeous ex—wants him back, Matt starts to question his entire life.

But Drew would rather die than give up their shared love, and he’ll be damned if he’s going to stand by and watch Matt’s devious ex sink his claws back into his beloved.

And when Matt experiences complications with the pregnancy, Drew might have to save more than just his relationship; he may have to save Matt’s life—and the life of their unborn child.

AUTHOR'S NOTE: This books contains mature language and explicit content, including male breeding and knotting, and is intended for audiences over 18 years of age.
more
Amazon Other stores
Bookmark  Rate:

'Omega's Perilous Birth: Matt and Drew 2' is tagged as:

All books by Odin Nightshade  ❯