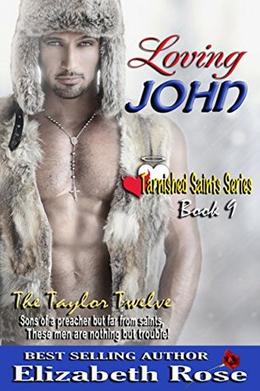 The Taylor Twelve: Sons of a preacher but far from saints, these men are nothing but trouble!

John Taylor is a musher who leaves Alaska and moves back to Sweet Water after having an accident with his dog sled while training for the Iditarod. With his ankle in a cast and a very heavy heart, he regrets a bad decision and comes home with the dogs that have survived. He's decided to give up his passion of racing, but his dreams can never be forgotten. He meets the town's new doctor and her son, and he's faced with more difficult decisions.

Adelaide (Addey) Blickensderfer is a doctor and divorcee who tries to open an office and start over in a new town when her teenage son gets expelled from school. But the people in the little town of Sweet Water, Michigan, are gossipy and she's shunned because of her son's past. But then she meets John Taylor, a musher who takes her son under his wing and teaches him to work with the sled dogs as part of the boy's community service.

Can a man with the call of the wild in his heart put down roots when all he wants to do is run?
more
Amazon Other stores
Bookmark  Rate:

'Loving John' is tagged as: