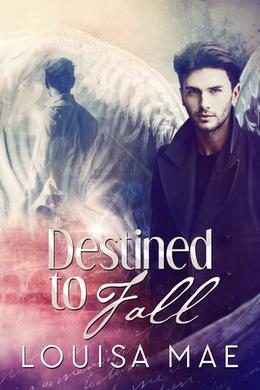 There are parts of our lives which are predestined, and no matter how hard we try, we can’t change what will happen — what must happen. Andrew Manners understood that better than most, but it didn’t change how he felt about his past or his desire to change it.

Even angels have regrets, and after living two mortal lifetimes in his angelic form, and with countless other years ahead, he would give it all up to be with the man he’d loved and lost for just one short lifetime together.

“Everything has a price. Every journey has an end.”

The price Andrew paid when his journey ended was immortality. A gift, some would say. A curse, others would whisper.

He’s walked the earth for almost one hundred years, putting aside all selfish needs while caring and offering comfort to others. When he finds a dying man on the streets of London, he’s unprepared for how it will change his life.

“I never knew how my life could change in such a short space of time, or how one decision would affect the outcome in such a monumental way.”

Josh is inconsolable after losing his partner, and as Andrew guides the grief stricken man through his pain, he’s forced to recall his own mortal life and the lover he left behind. Looking back allows him to see what he could find with Josh, but such a strong bond shouldn’t exist between a mortal and an angel, and

Andrew struggles with the demands of his angelic duties and what his heart needs.

“I found out it was possible to love, and be loved in return, only to face losing it all.”

Knowing a relationship can only bring them both heartache, and unable to explain his angelic form, Andrew believes he will spend an eternity mourning what could have been.

“The true measure of love is what you’re willing to give up for it.”

With the terrifying prospect of living forever without the man he loves weighing heavily on his soul, Andrew seeks out a different path, one which could lead him into the hands of the demonic creatures which now hide in the shadows around him, or lead him into the arms of his soulmate. The risks are great. Andrew’s very soul is in danger. But what good is a soul without its mate?

Falling in love was easy. Falling for love would be the hard part.
more
Amazon Other stores
Bookmark  Rate:

'Destined to Fall' is tagged as:

Similar books to 'Destined to Fall'

Buy 'Destined to Fall' from the following stores: