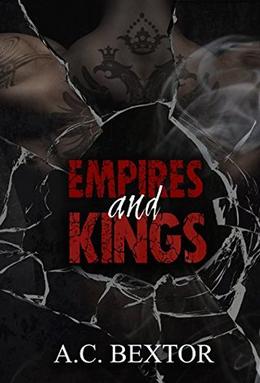 The best-selling author of KEPT - A Second Chance Fairy Tale and the Lights of Peril introduces a new three-part series filled with passion, suspense, loyalty, and intrigue.

I was known as the traitor's daughter.
When I was five years old, my father was tortured, branded with the letter 'Z', then beaten and left for dead. The grueling punishment for his crime was a reminder to all others who dared threaten the Russian's reign.

I was the young girl left behind. A living piece of the traitorous puzzle the Russian leader tried so diligently to ignore.

Until I grew up. No longer could he deny how much my existence had always been intertwined with his. And in order to survive the life I was thrown into, I was forced to learn my place inside of it.

Vlad Zalesky was a tyrant to the lost.
I hated him.

He was a terror of mass destruction.
I was afraid of him.

He was a tormentor of the weak.
I only wanted to hide from him.

But not far beneath the venomous man's outward indifference was something else.

Vlad Zalesky carried secrets of unrestrained burden. I wanted to know those secrets.

And because of the decisions I made, someone in our family had to pay.


Authors Note: This is a dark romance. Due to content, this book should be read only by those over the age of 18.
more
Amazon Other stores
Bookmark  Rate:

'Empires and Kings' is tagged as:

Similar books to 'Empires and Kings'

Buy 'Empires and Kings' from the following stores: