Bliss: Finessed By A Boss 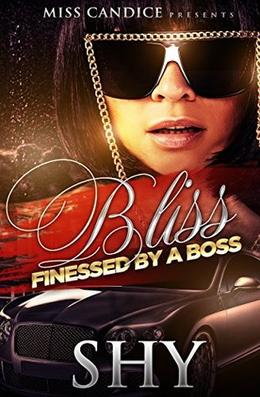 Young, beautiful, and talented, Bliss had it all. The only thing missing in her life was someone to call her own. The man in her life wasn’t exactly someone she could call, hers. She was sharing him with his wife. Growing tired of the side chick blues, Bliss finds herself trying to find a way out of the love triangle she blindly found herself in.

Ross was the boss of all bosses, literally. He was young, handsome, ambitious, and he ran his business with an iron fist. He had the drug game on lock and when it came to making money, he had a green thumb for that. Like Bliss, Ross has it all except for woman who is really down for him. He too finds himself in an unhealthy relationship that he’s trying to find a way of out.

In a world full of lies and disloyalty, Bliss and Ross swear to not fall for anyone else, any time soon. That is, until they cross paths and find that their attraction for one another is much stronger than they expected it to be. Things shake up and a list of events threaten to turn their perfect worlds upside down. Will the case of the exes threaten to tear down everything they’re working to build? Will their blossoming love stand a chance to fight against everyone working to tear them down? Or will the enemy prevail and win its battle against a brewing love between two of Chicago’s most loved and hated?
more
Amazon Other stores
Bookmark  Rate:

Similar books to 'Bliss: Finessed By A Boss'

More books like 'Bliss: Finessed By A Boss'   ❯

Buy 'Bliss: Finessed By A Boss' from the following stores: