Siridean: Legend of the Faerie Cross 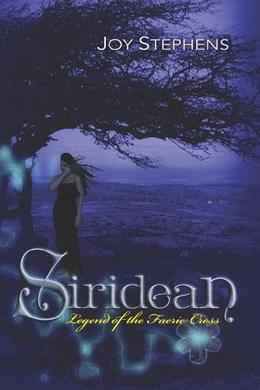 Thirteen years ago,
Aishling Delaney was reclaimed
from the realm of the unseen.

Thirteen days until,
the Ten Colds Moon
comes for her.

Now exiled because of his sacrifice, Rafe, the salvager of Aishling’s soul, lurks in the shadows. For millennia, he was an angel, but because of a costly decision, he was cast down with the demons. After a ten-year sentence with them, Rafe seeks redemption, working on Earth as a doctor. But regaining his angel status is no easy task, as he battles the demons that possess him. All the while, he is drawn to the one thing that is forbidden to him – Aishling Delaney.

As a modern-day Irish clan princess, Aishling’s world should be glamorous, but her life is far from pampered. She is the faerie slayer of the seventh order and the 28th generation, the prophesied Gael Siridean. As such, her head is crowned with a supernatural bounty, and the price is high.

She is bound by the Fates to marry Patrick Kavanaugh, her best friend. But when she meets Rafe in Spain, an uncontrollable surge within her, a feeling that she has known him before, forces her to uncover the secret to their past. With the coming of the Ten Colds Moon, the demons and soul-ravaging faeries team up to take on Aishling and her angels, as the battle between heaven and hell explodes on our world.
more
Amazon Other stores
Bookmark  Rate:

'Siridean: Legend of the Faerie Cross' is tagged as:

Similar books to 'Siridean: Legend of the Faerie Cross'

More books like 'Siridean: Legend of the Faerie Cross'   ❯

Buy 'Siridean: Legend of the Faerie Cross' from the following stores: