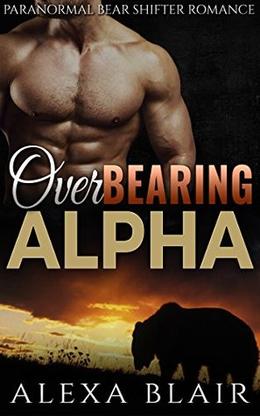 Tamera is waitress. She moved to California and hasn't found her dream mate yet.

She hears about a new smartphone app that is geared towards finding mates for shape shifting men.

Even though she's just a regular human girl, she's always had a thing for men with supernatural abilities and decides to try her luck finding love through her mobile device.

Julius owns one of the biggest software companies in California.

He is the creator of the app and secretly made it to find himself a mate.

He's domineering and bossy and despite her best efforts, Tamara's attempt to block him on the app aren't working.

Julius is used to getting any woman he desires, but he may find with Tamara that his wealth and cocky attitude will only get him so far...

'Romance: Over BEARING Alpha' is tagged as:

Buy 'Romance: Over BEARING Alpha' from the following stores: