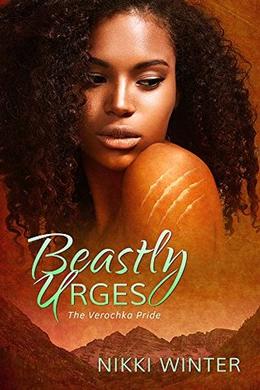 “You can’t fix this. You can’t save me. You don’t have the strength to. So, let me go.” Words, no matter how simple or softly spoken, could gut. And the verbal blow dealt by Naresh Verochka's very own mate had left him sewing himself up just to keep from spilling all over the floor. He'd had very few struggles in his lifetime. With the privilege of his looks, his wealth, and the sharpness of his mind, facing an adversary that thought to level him was never a concern. Then again, who could have predicted that adversary would be his better half? A year after Kissa Malachi's departure from his fairly tidy life, he finds himself going quietly mad in the privacy of what used to be their home, trying to silence the taunting of his own self doubt. Was he truly not strong enough to aid in the healing of the scrappy little leopardess with the candid wit, blinding grin, and deeply wounded soul? Or was she simply so damaged that there was no reaching her no matter his dedication to the task? When she comes tumbling back into their small, sleepy town looking for refuge from her demons, and obviously determined to avoid him at all costs, Naresh attempts to fight the basic instinct of his own selfish desires. Yet with every chance encounter, every rake against the cage of the animal beneath his skin by enemies who think him weak, he discovers that there simply is no outrunning his very beastly urges.
more
Amazon Other stores
Bookmark  Rate:

'Beastly Urges' is tagged as:

The 'The Verochka Pride' series