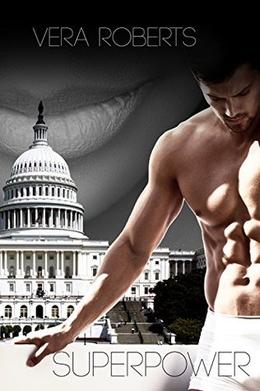 Every Queen needs a King.

Briana Gooding has a lot on her plate and being a full-time social activist leaves little time for romance. When the NFL’s most controversial quarterback approaches her, she suddenly finds time.

NFL standout Caleb Kelly is known for his exciting plays on the field and his messy personal life that leaves many women thirsty to be a part of his harem. When he decided to take a controversial stance against the National Anthem, he found a strong ally in Briana. It’s only a matter of time before the activists are viewed as the country’s most dangerous couple and harassment ensues.

Senator Jay Edwards and his wife, Sanora, are making big plans for Briana and Caleb and have no qualms being their private support. When their detractors threaten those plans, it’s time to use a deadly reminder to show who’s really in charge.

All is fair in sex, love, and power.

'Superpower' is tagged as:

The 'State of Affairs' series

Buy 'Superpower' from the following stores: