Caught by the Cougar (The Alaska Shifters #3) 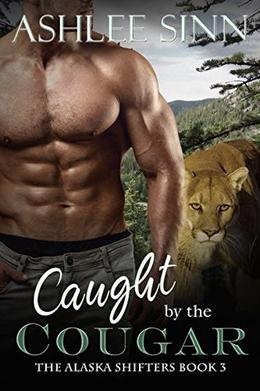 Calvin Baptiste enjoys his solitary life. But now that he’s more involved with the shifter politics in Alaska, he’s trying to find a balance between his anonymity and his duties to his people. Buying a house in town and collaborating with the Callaghan Clan are just about all he can handle. Until he meets Trooper Lowe. There’s just something about the confident, strong, and bike-riding beauty that has his animal riled up and his human side wanting to spend more time with her.

Sutton Lowe has seen enough hate to last a lifetime. After a devastating experience as a Texas state trooper, Sutton decides it’s time for her to make a change and protect all types of life. Hired by the ISC to assist with shifter issues in Homer, she quickly finds herself wrapped up in their world—and falling in love with one particularly difficult cougar.

The shifters are still being hunted, only this time the enemy is unknown. The target on Calvin’s back grows with his fame and Sutton fears the worst when she gets a phone call from the grizzly clan. Now the shifters have to work together to fight this new threat and save those who have been captured—regardless of the political consequences.

Warning: This story contains strong sexual themes, sensual shifters, and delicious romance for insatiable appetites. It is intended for a mature audience.

'Caught by the Cougar' is tagged as:

The 'The Alaska Shifters' series

Similar books to 'Caught by the Cougar'

All books by Ashlee Sinn  ❯

Buy 'Caught by the Cougar' from the following stores: