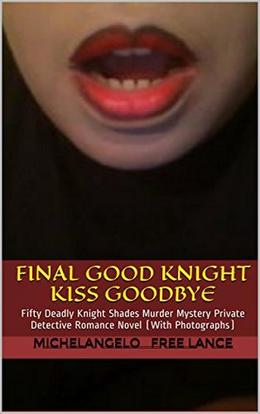 Joanna Nightingale wants to show men every part of her heart and her interior design. Austin Knight wants to be Mr. Right. He wants the rights to ride away with this Cinderella Sleeping Beauty type of girl on his 4x4 horsepower jeep! Wait not so fast there is more!

Joanna Nightingale had just recently moved to New York from Miami, FL and Atlanta, GA. Her career as an interior decorator takes up all of her time in the daytime. However, Joanna turns into Jo, the wild party girl who thinks like a man at night. Three handsome men rescue Joanna from a nightclub fire at the local hot spot called, Knight Life. After being rescued she is caught in a love triangle with three different handsome and exciting men: a fire fighter named Jacob Ladder, a paramedic named Nate York, a physician named Dr. Richard Richmond (Dr. Dick), and a knight in shining armor named Austin Knight (the nightclub’s manager). The general idea behind the three different men was to write separate books focusing on each man and his relationships. Joanna has exciting sexual experiences with all four men. Joanna decides to go with Austin Knight. Austin Knight is not just a nightclub manager but a private investigator. He spies on cheating husbands that attend the nightclub. Several famous men, singers, athletes, and politicians are caught cheating on their wives at the nightclub. Their wives pay large sums of money for the evidence (that could be used in divorce court). The wives get help from Joanna and Austin PI agency. Joanna Nightingale’s sister Diana Nightingale is a nurse. The two sisters both date the same man! They both fall in love with the promiscuous doctor, Dr. Dick, the nightingale effect. In the end, Joanna falls in love with Austin. Joanna finds out that she is pregnant with Austin Knight’s baby. Joanna redecorates the nightclub Knight Life, and they get married at the club!

The entire story was conceived over fifty days. There were more than fifty daily diary entries about the events of the day. This is all fifty of those diary entries completed as a full novel with photographs of the characters fashion and lifestyle. This editions of Good Knight
Kiss contains fewer photographs than the fifty short story installments. If you purchase the individual short stories then the reader can view over 200 sexy fashion and lifestyle photographs.
The sequel to Good Knight Kiss "Naked Eye - Reality Show" and "Knight Private Detective Investigations" by Michelangelo Free Lance. These book continue where Good Knight Kiss left off!
more
Amazon Other stores
Bookmark  Rate: