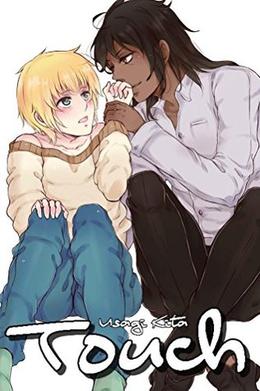 Joe Taylor is terrified of being touched. It's made him a recluse, but he doesn't mind being shut in his apartment, churning out novels for his pretty editor.

Then Kisten Jones walks into his life, a perfect Prince Charming who won't let up on his attempts to get Joe to come out of his shell.

No matter how hard he tries, there's something about that kid Joe just can't resist... but no road traveled was ever easy, and they'll face more than their share of problems before they can get their Happily Ever After.
more
Amazon Other stores
Bookmark  Rate:

'Touch' is tagged as:

Buy 'Touch' from the following stores: