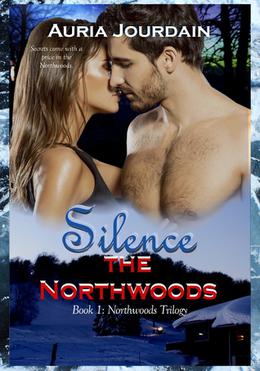 A broken family. An alcoholic mother. And an ex from hell.


Detroit FBI field agent Colton Ramsay didn’t think the holidays could get any worse after his dad's death. His mom's dying of cancer, and his college sweetheart just married his ex-roommate. To top it off, the Bureau assigns him a to serial murder at a ski hill in the Upper Peninsula--an ice-covered, no-man’s land where snowstorms are measured in feet. Burying himself in work,Colton curses his luck...until he interviews Kyra Erikkson, the manager of Silvercap Resort. Her chestnut curls and baby blues ignite a carnal need that he’d suppressed since the last conniving woman stole his heart. He refuses to let Kyra wiggle her way into his heart. But between her adorable son and her sexy, schoolmarmish ways, will Colton's emotional wall finally crumble?


A secret past. A life on the run. And an ex from hell.


Kyra Erikkson and her five-year-old son have spent years hiding from her nightmare ex-husband. Sacrificing everything she loves to keep Jackson safe, Kyra settles in a small town in the Northwoods where life is quiet—until her friend is murdered. When handsome FBI agent Colton Ramsay shows up to investigate, his intrusive questions and brooding attraction both infuriate and arouse Kyra to no end. She tries to keep the man at a safe emotional distance, but as her friend Cat plays matchmaker and Colton’s bond with her son grows, Kyra is forced to make a decision that scares her more than her ex: Can she trust another man with her heart and soul after having them both ripped to shreds?
more
Amazon Other stores
Bookmark  Rate:

'Silence the Northwoods' is tagged as:

Similar books to 'Silence the Northwoods'

All books by Auria Jourdain  ❯

Buy 'Silence the Northwoods' from the following stores: